Let Us Do God’s Work With Joy

When we do God’s work with joy and happiness, God gives us unimaginable blessings. The members of the Church of God met Christ Ahnsahnghong and God the Mother, who came as the Spirit and the Bride, received the joy of God’s word and firm faith in salvation, and also realized all the secrets of the Bible. Thus, they do everything during their life of faith with joy and happiness like David. 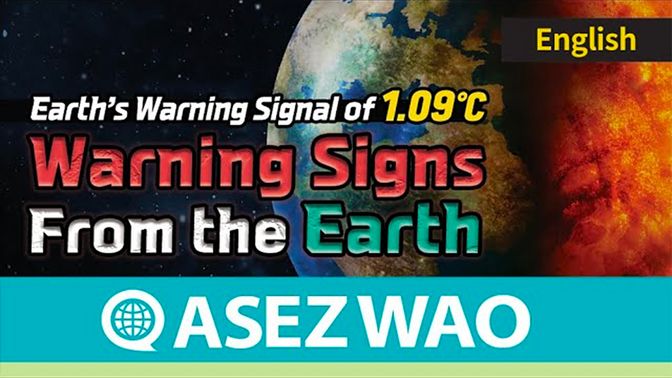 Warning Signs From the Earth

Climate disasters are warning signs from the earth and an alarm sound for mankind. How soon will the earth reach the tipping point of 1.5℃ increase? If it exceeds the tipping point, more powerful climate disasters will occur, threatening mankind and the earth. So, young adult workers have paid attention to the earth’s warning signs. ASEZ WAO is the World Mission Society Church of God Young Adult Worker Volunteer Group, working in 175 countries. ASEZ WAO is responding to the warning signs by carrying out six projects. • Heart to Heart (Cheering activity) • Mother’s Forest (Tree-planting) • Green Workplace (Eco-friendly activity) • No More GPGP (Plastic reduction) • Green Earth (Urban and forest cleanup) • Blue Ocean (Sea and river cleanup) Please join the ASEZ WAO activities for the future of us and Earth! 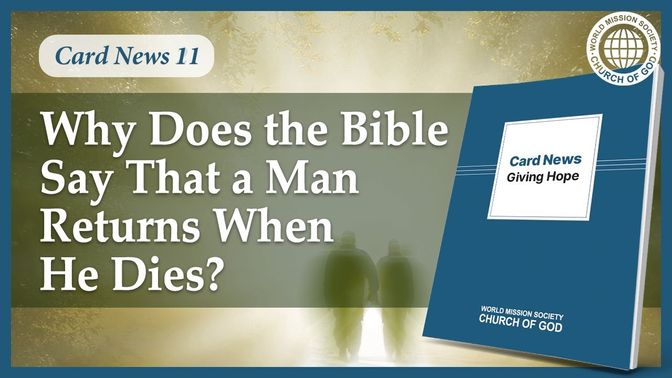 Why Does the Bible Say That a Man Returns When He Dies?

The dust [body] returns to the ground it came from, and the spirit [soul] returns to God who gave it. Ecclesiastes 12:7 The word return means “to go back to a place where you were before.” Where were we before? 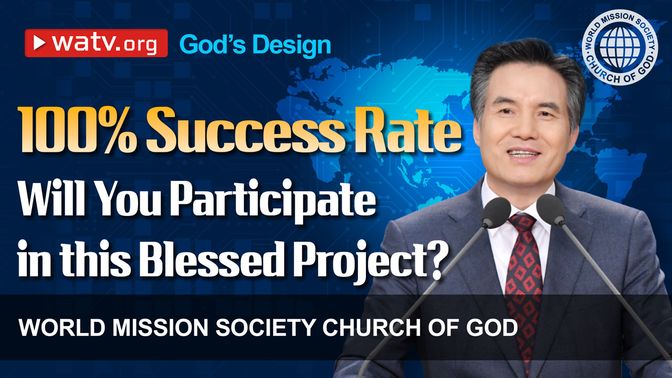 Those Who Carry out the Work According to God’s Plan Are the Greatest If we do not fully understand God’s plan of salvation and try to do it with our own will, we will not be able to enter the spiritual Canaan, heaven, like the Israelites who were destroyed in the desert. The reason why the Bible calls Noah, Abraham, Moses, and Joshua the forefathers of faith is because they believed in God’s plan of salvation and acted only according to that plan. The Gospel Is Being Preached Throughout the World According to the Words of Christ Ahnsahnghong and God the Mother The gospel of the new covenant of the Church of God began as a small church like Mark’s upper room, but according to the plan of salvation for mankind that God established from the beginning, it is being preached all over the world, including Alaska and Sertung in the Himalayas. “I make known the end from the beginning, from ancient times, what is still to come. I say: My purpose will stand, and I will do all that I please. . . . What I have said, that will I bring about; what I have planned, that will I do.” Isaiah 46:10–11 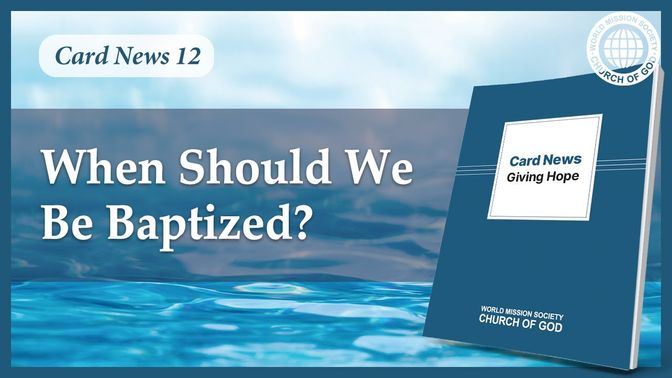 When Should We Be Baptized?

When should we be baptized, which is the first step toward heaven? “Do not boast about tomorrow.” Proverbs 27:1 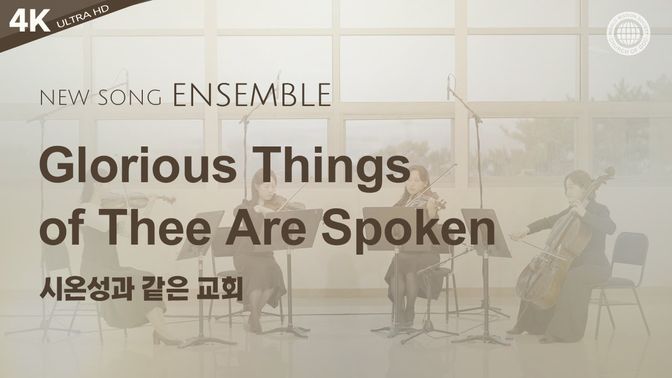 Glorious Things of Thee Are Spoken 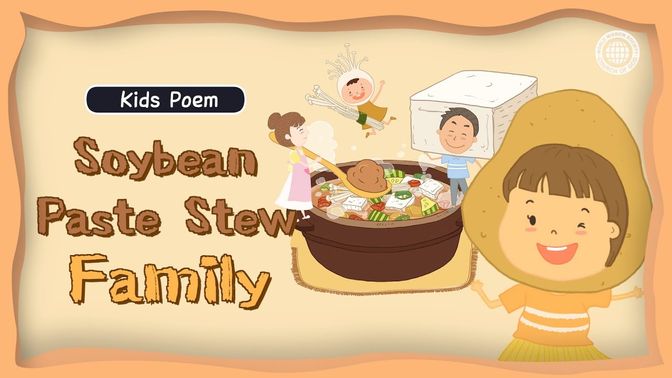 My family is a soybean paste stew family. My sister is a mushroom. When she’s happy, she is cute like a mushroom. My mom is soybean paste. It’s the most important ingredient of the stew. My dad is tofu. It’s a shot in the arm because it brings out the clean flavor. And I’m a potato. Sometimes soft, and sometimes dry. This is my family. Have we made delicious soybean paste stew? 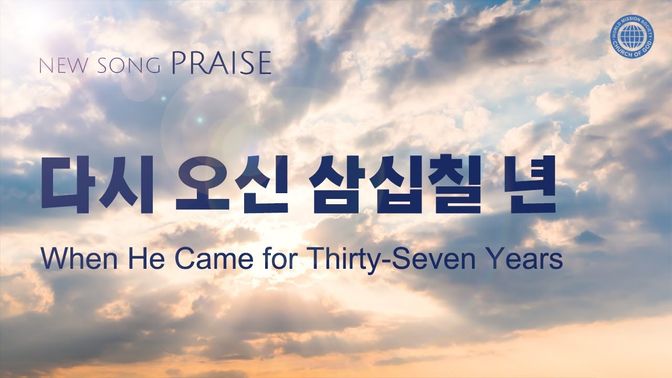 When He Came for Thirty-Seven Years 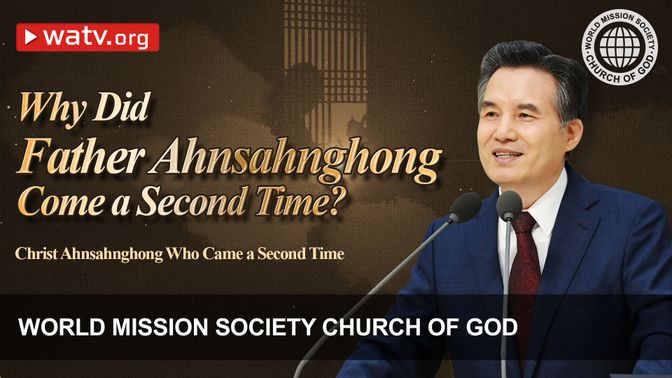 Evidences That Christ Ahnsahnghong Is the Spiritual David, the Second Coming Christ Prophesied in the Bible When Apostle John saw the unfortunate situation in which all mankind would go to hell, he wept. However, one of the elders said to him, “In the future, the Root of David will open the Bible that has been sealed and save mankind.” The One who was baptized at the age of 30, in accordance with the life of David, completed the remaining 37 years, revealed the new covenant and the secrets of the Bible that have been sealed, including the truth of our Heavenly Mother, is Christ Ahnsahnghong. What Is God’s Plan Revealed in the Church of God, Where All Nations Stream to? Since the secrets of the Bible can only be opened by David, mankind must meet David. Christ Ahnsahnghong, who came as David, taught mankind about the eternal kingdom of heaven, instead of the matters of this temporary life. Also, He taught the existence of God the Mother, the spiritual Eve, who has been hidden inside of God’s plan. Therefore, all nations are streaming to the Church of God where God the Mother dwells. I wept and wept because no one was found who was worthy to open the scroll or look inside. Then one of the elders said to me, “Do not weep! See, the Lion of the tribe of Judah, the Root of David, has triumphed. He is able to open the scroll and its seven seals.” Revelation 5:4–5 Just as man is destined to die once, and after that to face judgment, so Christ was sacrificed once to take away the sins of many people; and he will appear a second time, not to bear sin, but to bring salvation to those who are waiting for him. Hebrews 9:27–28

God the Mother and the Remnant

Let Us Be on God’s Side

The Power of the Word

The Gift That Pleases God 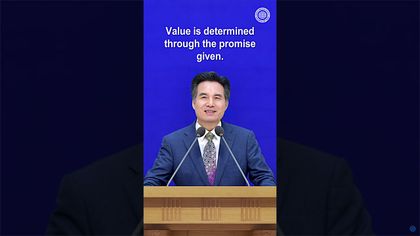 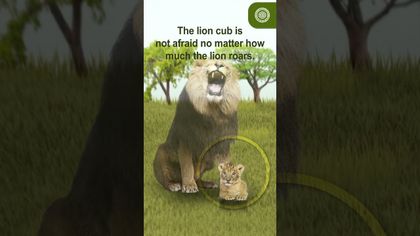 Which Animal Is Not Scared of a Lion? 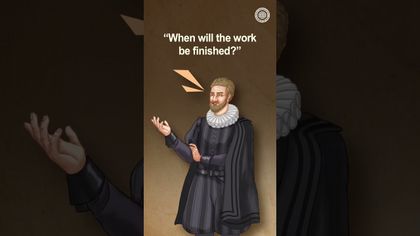 What Michelangelo Said to His Friend 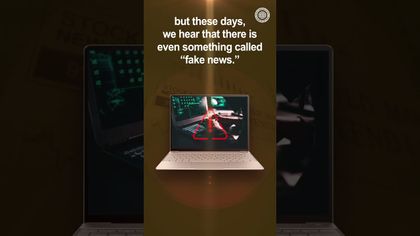 How to Tell the Truth from Falsehood 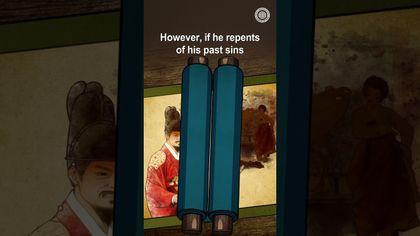 Heaven or Hell, When Will It Be Determined? 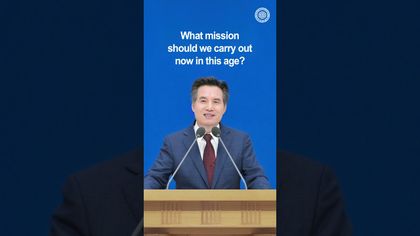 The Mission That We Must Carry Out Now

You Raise Me Up - Busking in Times Square NYC

Green transportation, the effect of riding a bicycle

Stars in the Desert

God the Mother and the Remnant

The Power of the Word

Ascending to Heaven While Walking with God

Those Who Can Hear the Voice of God

We Will Be Changed

I Have Come to Give Life

God Examines Us With a Plumb Line